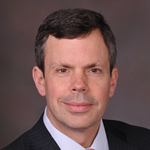 In Ben’s previous role as Market Manager for Greater New York Commercial Real Estate at Capital One Bank, he was responsible for managing a team of Relationship Managers charged with all aspects of client management including lending on real estate and cross selling a variety of banking services. Ben oversaw a portfolio of loans of approximately $7 billion across diverse asset classes including office, retail and residential properties and a variety of loan types including permanent, construction, reposition/renovation and mini-permanent. He also managed the commercial real estate deposit business. Ben had been with Capital One for over five years.

Ben started his career at M&T Bank where he was a Relationship Manager and Team Leader focused on Manhattan-based real estate customers for nearly 10 years.

Following that, Ben worked for five years at HSBC Bank, USA as a Relationship Manager and Team Leader. During his tenure there, he not only focused on Manhattan-based clients, but assisted the bank in developing a more national platform by lending to developers across the country.

Throughout his career Ben has originated new loans worth billions of dollars across the United States and has developed relationships with many top-tier sponsors.

Ben received his M.B.A. in Finance and Real Estate from the American University Kogod School of Business, where he was involved in a variety of clubs and volunteer activities. He received his B.A. in International Relations from Syracuse University.

Ben is currently a member of the boards of directors of the Real Estate Lenders Association and Common Ground. He previously served as the Chairman of the Young Mortgage Bankers Association. Ben resides in Rye, New York with his wife and two children.